Thunderkick’s motto is, “We are Thunderkick and we make games”. It’s a tagline that is both brilliant and overly simple. We’re not sure if the copywriter should be sacked or given a raise, but we’re leaning toward the latter.

It’s a sentence that speaks volumes about the company’s purpose, process, and direction, and that’s ultimately what it’s all about. Any writer who can nail that vision in a sentence has done a pretty solid job, regardless of how seemingly simple it is.

The Thunderkick name is not one you will see being mentioned in the same breath as well-known creators like NetEnt and prolific developers like Playtech. It’s a little more niche, but that’s not a bad thing. It’s a brand that focuses on doing what it does best, creating games, and it leaves the self-promotion for everyone else.

So, while the name may not immediately strike you as recognisable or memorable, the games certainly will. In fact, even if you don’t recognise the Thunderkick name, we guarantee you will recognise the brand’s games, and if you have been playing casino games for a while, there’s a good chance you have played a few of them yourself. 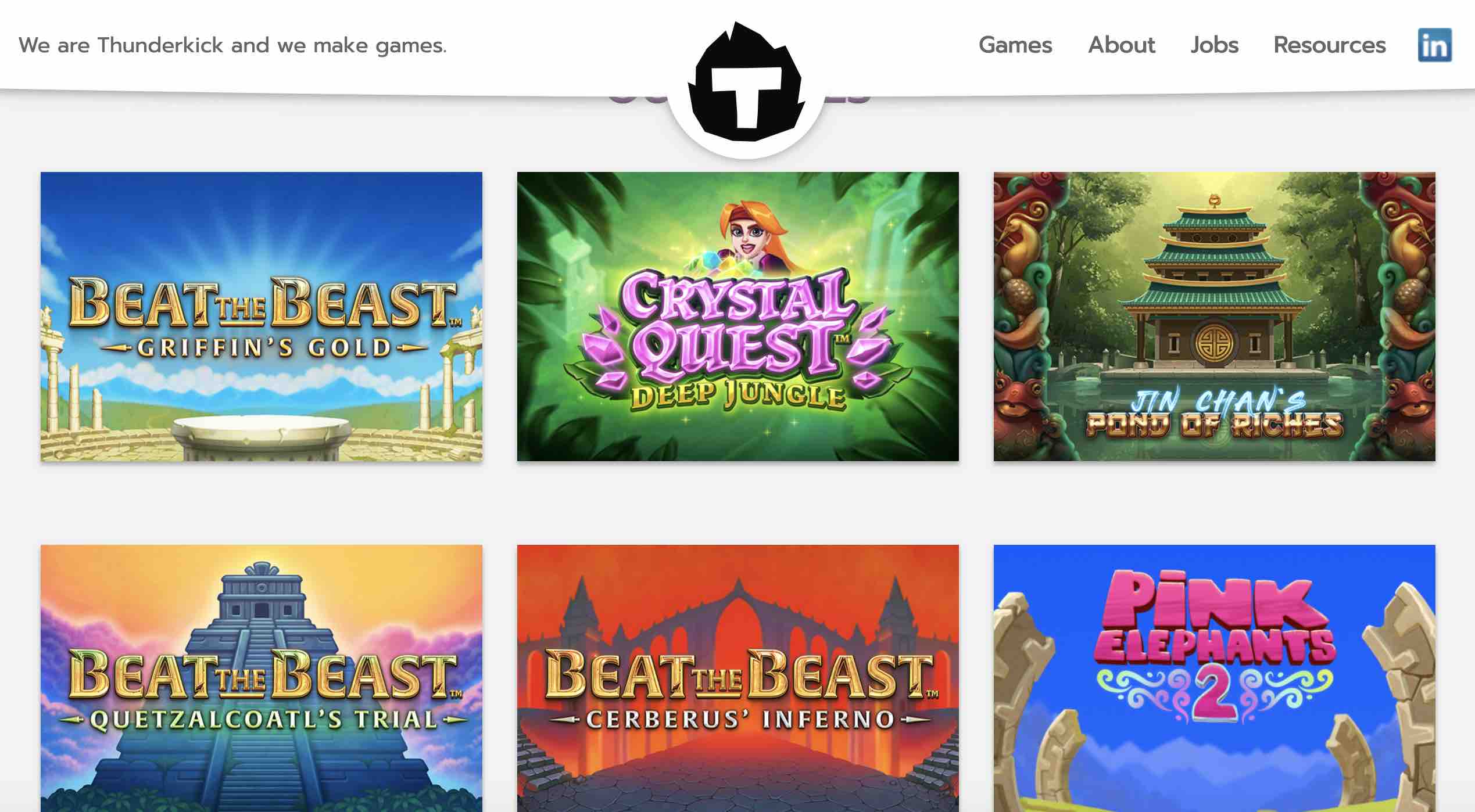 Thunderkick is one of many top online casino developers to hail from Sweden, a country that is also home to brilliant developers like Yggdrasil. It was founded back in 2012 and in those early days it was staffed by just two developers working out of a very small Stockholm office.

They wanted to do something different, to be a unique voice in an industry dominated by generic titles and monopolized by major brands. They achieved that goal, earning global recognition within a few short years and expanding into a bigger, better, and more impactful brand as a result.

Despite that growth, Thunderkick has remained dedicated to doing things differently and creating games that players want to play. Its roster is unique and varied, and you won’t find any filler.

Where Can You Play Thunderkick Slots?

Thunderkick has several major licenses, including from the authorities of the UK, Malta, and Romania. This allows it to operate in major gambling regions like the United Kingdom, as well as Canada, Australia, New Zealand, South Africa, and large parts of Europe.

But just because you’re playing a casino in those regions doesn’t mean Thunderkick will be listed there. The casino still needs to host those games, which means contracts need to be signed and games need to be added.

Real money slot machines are where Thunderkick excels. It has created a multitude of award-winning, eye-catching titles over the years and you can find these on some of the best casinos online.

Just like many other top software developers, Thunderkick uses the latest in gaming technology to ensure its titles are stylish, smooth, and loaded with features. There are no outdated graphics and elements here and you won’t find it dipping its toes into the barebones and basic world of retro slots.

Personally, we love that about Thunderkick, as three-reel, bonus-less slots just don’t appeal to us. We love the big and bold graphics; we love unique features and innovative mechanics, and Thunderkick is not afraid to explore those things.

We have listed some of the developer’s biggest and best titles below to give you a taste of what to expect. 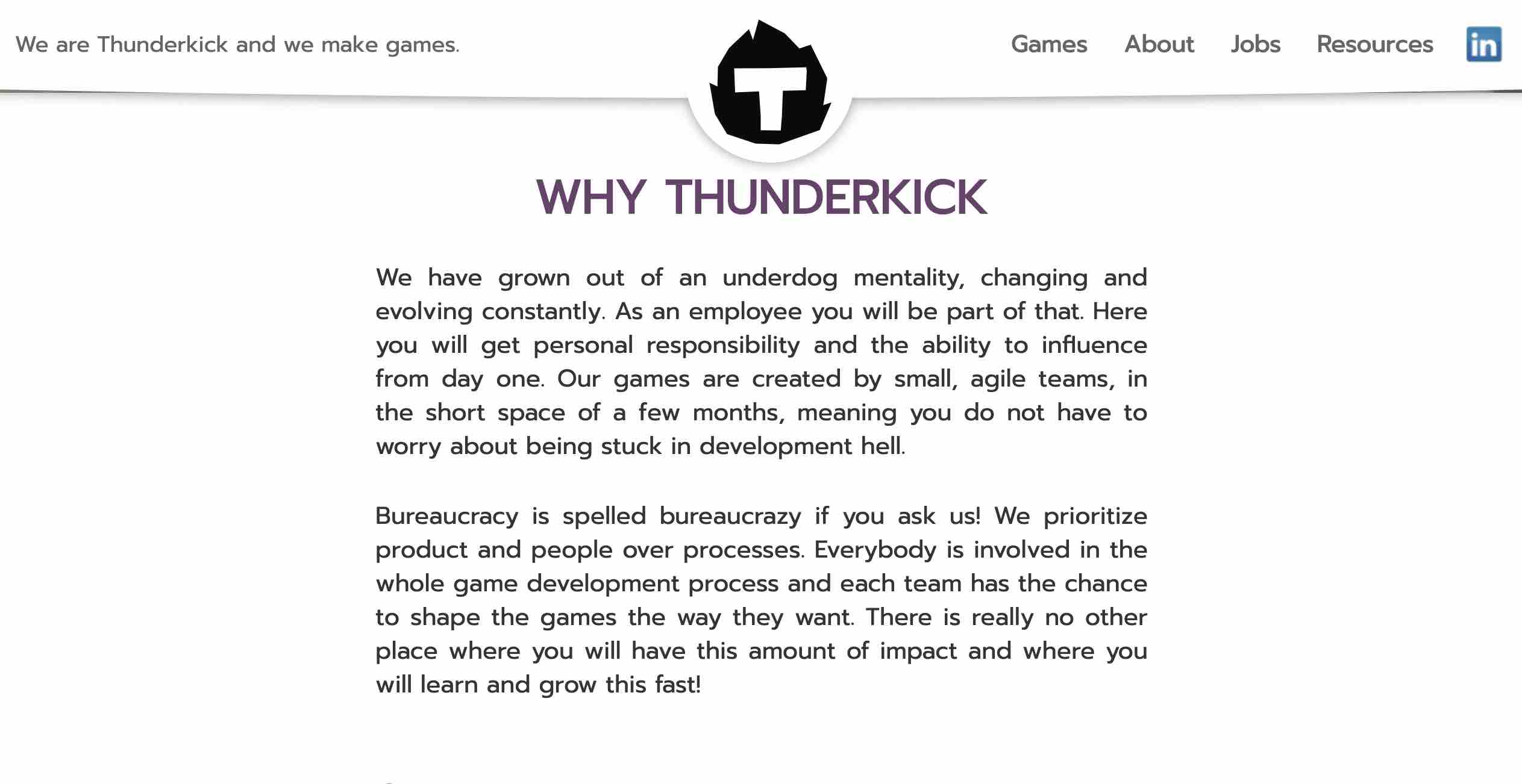 Birds on a Wire

In our opinion, the most innovative slots are the ones that ignore the basic payline structure altogether. And it seems that the industry agrees with us, which is why the Max Quest Betsoft slot won so many awards when it swapped paylines for something akin to an arcade shooter.

Birds on a Wire is a little more traditional but it still shakes things up somewhat. The symbols are replaced by birds all sitting on power lines, with the lines assuming a role typically adopted by the game’s rows.

There are multipliers, bonus rounds, and more, all serving to create a buzz around this attractive little slot.

The Age of Discovery is one of the most important periods in history, one in which Europeans ventured in the far reaches of Africa and the Americas. It’s a time of exploration a period that changed the world, and one that takes centre stage in 1429 Uncharted Seas.

Not only is the Age of Discovery a pertinent time period, but it’s also one that many players are familiar with—the imagery, the stories—which makes it a good fit for an online slot.

After all, it’s a setting used for the Europa Universalis series of games (including the starting date for Europa Universalis 4); it’s the end date in Crusader Kings 3, and it also features prominently in Assassin’s Creed 2, Anno 1404, Medieval 2: Total War, Crash Bandicoot 4, Castlevania 3, and Kingdom Come: Deliverance.

It’s more than familiarity and nostalgia, however, as 1429 Uncharted Seas is also a beautifully made title. It puts players on a ship that gently rocks in the ocean and tasks them with spinning 5 reels.

1429 Uncharted Seas has an impressive Wild symbol, a generous Free Spins round, and some great graphics. It’s a neat little package and one of our personal favourite creations from the master developers at Thunderkick.

There is such a thing as “too many kittens”, and it’s usually the point that you go from “loving cat owner” to “crazy cat person”. We’re not sure what the line is, but we imagine that it’s one of those things you don’t know about until you’ve crossed it.

Not Enough Kittens is well and truly over that line. It’s wearing cat-themed clothing, giving its cats cutesy rhyming names, accidentally slow-blinking humans, and Skyping their cat-clan when they’re on holiday.

And we know all of those things because we crossed that line years ago.

Not Enough Kittens is a cat-themed slot for kitten maniacs. It’s cute, it’s colourful, and there are a few fun features to make things interesting.

Barber Shop Uncut is a fun little slot that is set inside a colourful barber shop and features several moustachioed characters.

In many ways, it reminds us of the Fisticuffs slot produced by NetEnt, albeit with a different theme and more washed-out colours. Those sound like some pretty big differences we know, but if you have ever played Fisticuffs you will understand where we are coming from.

Barber Shop Uncut has several features to look out for, including a Locking Win with Respin. It’s a feature you may have seen on several other top slots, including the Wild Gambler series, which is one of our personal favourites, and the Jack Hammer series by Playtech. Simply put, it locks all of your winning symbols in place and then respins the other symbols.

If more consecutive symbols are added to your winning paylines, they will also lock in place and the reels will spin again. 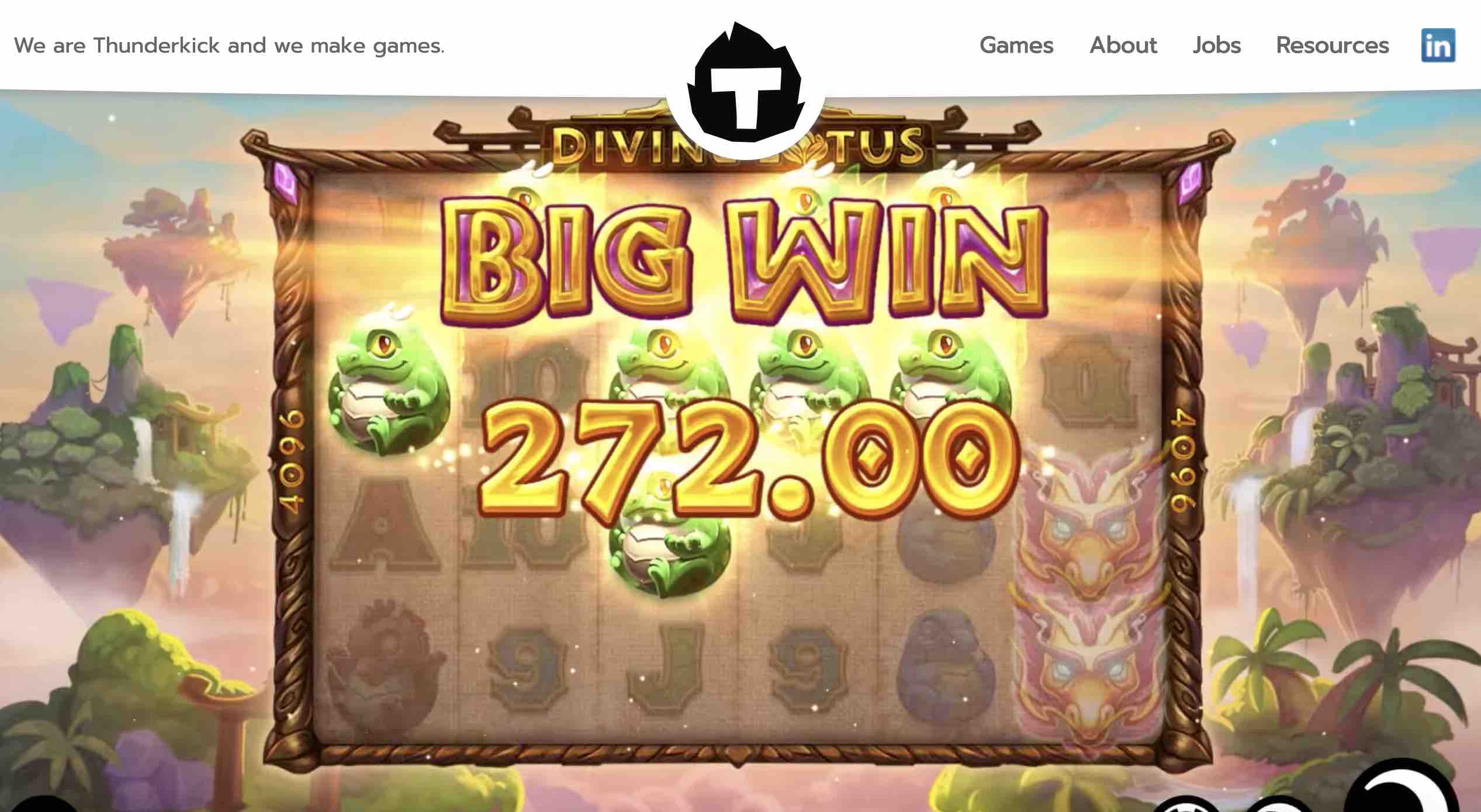 Historical themes are common in online slot machines and seem to be very popular with players. It seems that the bulk of these themes are either based on Ancient Egyptian or Ancient Greek myth, and Midas Golden Touch fits firmly into the latter.

King Midas was the ruler of the Kingdom of Phrygia, located in western Anatolia (modern day turkey). He may have been real, but the myth that surrounds him is most certainly not. It’s said that everything he touched turned to gold, which is why the modern-day phrase “Midas touch” is used to refer to someone who can’t do wrong.

Midas Golden Touch takes place against the backdrop of a golden palace, with all the usual trimmings that define the life of this fortunate (and unfortunate) king. It has an RTP of a little over 96% and offers a high maximum payout, so if you’re lucky enough to have the Midas touch you can turn those spins into big wins.

Esqueleto Explosivo is one of Thunderkick’s best-known and most-played titles. It has a Day of the Dead theme and reminds us of Spinata Pinata, albeit with a completely new twist and a series of unique features.

The symbols on this slot are all represented by coloured skulls and these are spread across 5 reels, with a total of 17 paylines. The presentation is exceptional and stays true to the polished style that Thunderkick is famous for, but it’s the cascading reels feature that makes Esqueleto Explosivo truly special.

Also known as Rolling Reels, Chain Reaction, and Avalanche, Cascading Reels is our personal favourite slot mechanic. Right now, the slot machine industry is obsessed by progressive jackpots and Megaways, but for us, this will always be the best feature.

It works by destroying all winning symbols in a payline and then replacing these with more symbols from above. If additional winning paylines are created, then the process will repeat. With each win, your multiplier and your payout will increase and there is no end to the amount that you can collect.

If this mechanic sounds familiar, it’s because it has featured on some of the industry’s best-loved slot machines, including Gonzo’s Quest by NetEnt, Football Star (and the entire “Star” series) by Microgaming, and Big Bad Wolf by Quickspin, to name just a few. These are massively successful titles, so it’s clear that we’re not the only ones that love this feature.

This is a slot that didn’t look anything like we expected. We anticipated something like the Yggdrasil Vikings series—big, gruff warriors, dark and foreboding graphics. We actually got something that has a very cartoony style, following a Conan-like hero in a world loosely based on Nordic legend.

The aesthetic is odd, to say the least. It has an almost Ren & Stimpy style to it, and while it’s not really our sort of thing, it adds some variety to the Thunderkick range and has proven to be a popular addition to its roster.

It has an RTP of more than 97% and a betting range that moves from a minimum of €0.10 to a maximum of €100. The volatility is Medium and there are numerous high-paying symbols to reveal.

The Carnival Queen slot celebrates carnival season with a huge selection of paylines, spanning over 4,000 ways to win in total. It has 6 reels, 4 rows, and a betting range of between €0.10 and €100.

It’s colourful, noisy, and fun, just like the Rio Carnival. Launched in 2019, this slot is one of our personal favourites from Thunderkick and has a lot of great features and themes to explore.

Thunderkick began as a mobile-first developer and it hasn’t changed since then. All of its games are available on mobile and this is often the best way to play them. However, you can also play on desktop, and as desktop players ourselves, we can confirm that these games look and play great on all platforms.
Thunderkick works with the best regulators and auditors to ensure that every game is 100% safe and fair. You can find details on the RTPs of all games and these will tell you how big a games payouts are.
Thunderkick was founded in Stockholm, Sweden, and it is still located in this Northern Europe country. Sweden is actually home to more top iGaming developers than any other European nation. Of course, most of them are based in Malta, but only for licensing purposes and rarely were they actually founded there.

Now that you know how many great games Thunderkick has, it’s time to start playing them. All of the online casinos on this page contain Thunderkick games. Click the links to sign up using the latest Welcome Bonuses. Alternatively, check our reviews for more information.

We have reviewed hundreds of legitimate online casinos over the years and a growing number of these host Thunderkick games, as well as games by Yggdrasil, Evolution Gaming, Microgaming, Playtech, Betsoft, and countless other top developers.