You can’t talk about Live Casino games without mentioning Evolution Gaming. They are unrivalled in their chosen sector and are by far the most innovative and most prolific creator.

If you want to play the most immersive games, this is the developer for you. On this page, we highlight the very best Evolution Gaming online casinos available right now. This list is updated all of the time, ensuring we always showcase the most relevant sites with the best content.

For those new to Evolution Gaming and Live Casino games in general, this is the guide for you, as we look at the top Evolution Gaming casinos and tell you everything you need to know about this brand. 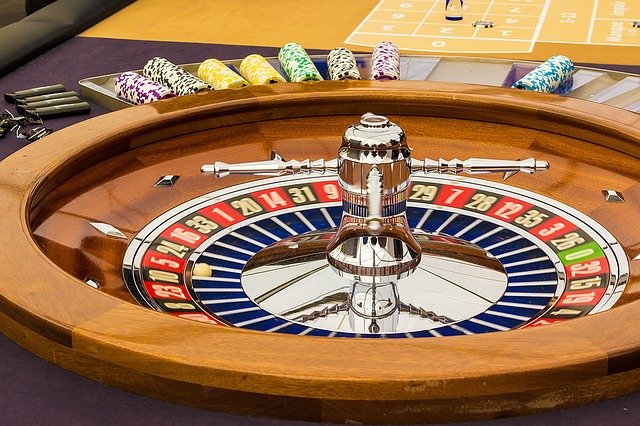 Evolution Gaming was founded in 2006. This was a huge year for the online gambling industry. Not only did it see the launch of this Live Dealer giant, but it also witnessed the birth of Mega Moolah, a record-breaking progressive jackpot slot, and saw the very early days of mobile gambling.

In 2007, the brand signed its first deals with key operators around the world, including some of the biggest names in the UK betting scene.

By 2010, just a few years after the brand was founded, Evolution Gaming has secured deals with dozens of the world’s biggest providers, opened a massive studio in Riga, and won several awards.

As big as these initial years were for the brand, the following decade would be even bigger. It launched a plethora of games, opened several more casino studios, and signed deals with some of the biggest white label providers in the world.

It didn’t take long for Evolution Gaming to establish itself as the global leader in Live Casino gaming, after which it just continued to cement its status and make even more of an impact.

In 2016, for instance, it opened its 6th and 7th casino studio; a year later it launched on the Nasdaq Stockholm stock market, and in 2020 it debuted games like Mega Ball and Monopoly Live.

2020 was also the year in which Evolution Gaming officially rebranded to just “Evolution”. But as is so often the case with rebranding, it didn’t hit customers straight away and the brand is still predominantly referred to as “Evolution Gaming”.

In this article, we’ve used both, just to avoid (or cause, depending on your perspective) confusion.

These studios contain all of the latest gaming equipment along with a multitude of cameras and a team of skilled, professional, and knowledgeable dealers.

The idea is simple: The camera monitors the action, the dealer runs through the basics, and you place bets.

Take Blackjack as an example. It takes place on a real Blackjack table and with a real shoe. The camera is on one side and the dealer is on the other. Every time they deal, they swipe the cards over a camera and this registers what card it is.

That way, the computer logs every card and every hand. You can place bets using virtual chips and when the game is finished, you can win virtual chips as well. It’s a simple but brilliant solution and once you add a chat facility to the mix, you create an opportunity for the players to chat with the dealers.

You can play Evolution games on mobile or desktop. It is supported on a wide variety of devices and platforms and can be downloaded or played directly through your web or mobile browser.

The developer has ensured that its games look fantastic on all platforms, without any issues such as unclickable icons and oversized images.

Of course, there’s a lot going on, and you may struggle to play on really small smartphone screens, but most smartphones have decent sized screens these days and the high-resolution images ensure that every card, chip, and inch of table is crystal clear.

Personally, we prefer playing Evolution games on tablets or phablets. We find that the extra screen real estate makes it easier to see what’s going on and allows for a more immersive experience. This is especially true when you add a pair of earbuds or headphones to the mix.

Then again, we were raised on desktop-only casinos and born in an age when mobile phones looked like house bricks. In other words, while we find it difficult to enjoy playing on a smaller screen, the same likely won’t be true for younger players who are more familiar with these devices. 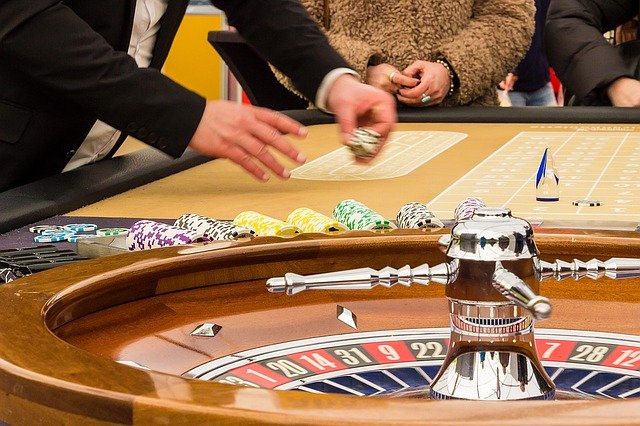 Where is Evolution Available?

The reason Evolution seems to be everywhere is because it has licenses from a number of different regulators. This allows casinos all over the world to host its games and means you can always guarantee fairness when getting involved.

These licenses are provided by the Malta Gaming Authority, Alderney Gaming Control Commission, UK Gambling Commission, and the Romania National Gambling Office. It also has licenses from the authorities of two US states (New Jersey and Pennsylvania), as well as Latvia, Belgium, and British Columbia.

Additional certifications are provided by organisations in Italy and Spain. All of these licenses and regulations ensure that Evolution Gaming’s creations remain watertight.

It abides by all regulatory Terms and Conditions, including those pertaining to Know Your Customer (KYC) and Anti-Money Laundering (AML) laws.

Of course, just because Evolution Gaming is licensed in your country, doesn’t mean you can play the developer’s games there.

For that, the casino needs to work with a white label provider (or with the developer itself). Contracts need to be signed, licenses need to be agreed, and only then will the site host Evolution’s games.

The good news is that Evolution is everywhere in the online gaming industry. It is hosted on countless white label software solutions and, as a result, has been listed on hundreds of online casinos.

You can find it on PayPal casinos, Bitcoin casinos, mobile casinos, and pretty much every other format.

Evolution Gaming has created some of the world’s best Live Dealer games. It has been one of the biggest innovators in this sector and is leading the way for other brands to follow. If you enjoy Live Casino games, there’s a good chance you will have stumbled across some of these titles.

There is a lot to cover, with games of many styles and categories. We have listed their titles in several different sections, highlighting the features and the most unique titles.

The Live Casino industry was made for game shows. We have been watching these shows for years—glued to the screen, living vicariously through the participants. With Evolution Gaming’s game show titles, you can become a participant yourself and experience the thrill of playing the world’s most popular games.

These games are hosted by Evolution presenters in grand casino studios, and there are many titles to explore, including all of the following:

These days, most casino players prefer to play Roulette, Blackjack, Craps, and more through a Live Casino. Virtual table games can be a little oversimplified, and if you’re used to playing in a real casino, with the noise, action, and chaos enveloping you, they can feel too clinical.

With Live Casino games, you’ll play against a real dealer and alongside real players. They tend to have higher maximum stake limits and use real equipment and cards.

The table games available at Evolution Gaming include:

If you find Roulette a little dull because of the lack of side bets, multipliers, and other features common on slot machines, the Lightning series might be for you.

These titles add some extra mechanics to classic table games, including random multipliers offering between 50x and 500x. Lightning Roulette is one of the most popular titles in this series but you can also play Lightning Dice and Lightning Baccarat.

These games mix things up a little and provide a better perspective. It’s as close as you can get to real casino gambling, offering next level immersion for games like Roulette and Blackjack.

The idea of first-person games is that the camera assumes the perspective of a player, as opposed to a wide shot or TV shot. 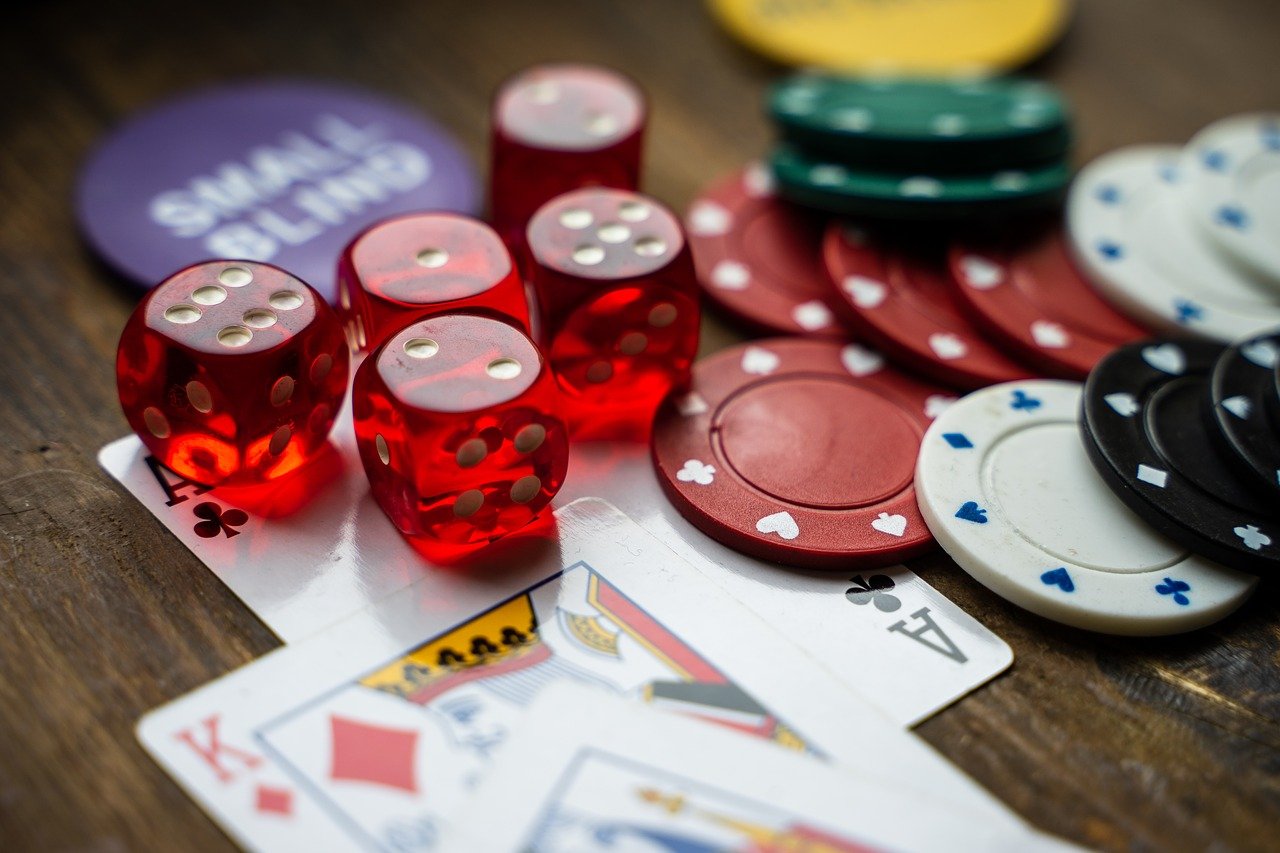 Where should you start if you’re new to Evolution and want a taste of what this developer can do?

It all depends on what you’re looking for and what sort of player you are. Personally, we enjoy Crazy Time, Deal or No Deal Live, and Monopoly Live. These games are great fun when played for an hour or two on the weekend.

The rest of the time, we prefer slots, Texas Hold’em, Video Poker, and Blackjack, but we find that those games are better when they can be played quickly and with a little multi-tabling. That's when top developers like Microgaming come into play.

For us, Live Casino games are about having an experience, something short, different, and unique. We’re not looking to replicate virtual table games or even to simulate a real casino experience.

If you are trying to do those things, you may be better off with standard Live Casino games or even the Lightning series of games.

If it’s a community spirit that you’re looking for, look for Lightning Craps, which combines interactive elements with one of the most community-spirited games of all.

To “try before you buy”, you can spectate a few games before committing to a real money wager. Alternatively, run a quick search on YouTube and you can see these games being enjoyed by real casino players, combined with tips and recommendations.

As you can see, Evolution Gaming is an immense iGaming brand and it’s getting bigger all of the time. The future looks very positive for this creator and that’s a great sign for its fans and its many online casinos.

To play Evolution games, take a look at the casinos listed on this page. Because it’s a Live Casino brand that doesn’t delve into the world of virtual table games and slots, Evolution is never the only developer listed at a casino.

This means that you can find it alongside some other great developers, including everyone from Playtech and Microgaming to NetEnt, Betsoft, and Yggdrasil.

Evolution Gaming is a fully licensed and certified brand that audits every step of the process. It is completely safe and secure, and that applies to every spin, every hand, and every bet.
Evolution Gaming doesn't rely on random number generators, but only because it doesn't need to. It is just as fair and random as a real casino game, and just like a real casino game, you can watch it play out in real time.
It has the largest selection of games in the Live Casino industry and its roster is expanding all of the time. Take a look at our list above to see some cherry-picked titles.
Evolution games are fully mobile compatible and you can play them on a number of devices and platforms, including iOS and Android.