CryptoWild Casino hit the market in 2017 and was well received right off the bat. It’s a Direx N.V. casino after all, and few brands have had the sort of impact they’ve had.

Adopting a wild and eccentric theme, this colourful casino uses anthropomorphised birds, aliens, and other creatures, as well as an abundance of bright and beautiful colours, all of which serves to make this aesthetic unique and to help the casino standout.

It looks just as good on mobile as it does on desktop, and in this CryptoWild Casino review, we’ll weigh up the pros and cons of this gambling destination, looking at its bonuses, games, payment methods, and more.

On the one hand, this is great news for players in countries that typically can’t access UK and Swedish licensed casinos. Of course, it also means that they can’t access mediation services provided by IBAS and other organizations, but these are generally not available outside specific regions anyway.

As a new CryptoWild Casino player, you can collect up to 4 BTCs with your first four deposits. The first of these is the most generous, offering 150% up to 1 BTC or the equivalent in your preferred currency.

The next three deposits also offer up to 1 BTC, but this is released as a 50% match, with no Free Spins.

There are other bonuses to collect, as well. In fact, there’s something available pretty much every day of the week.

On Monday, collect a triple reload bonus that gets better with every deposit, maxing out at 50% with your third deposit. On Wednesday, there are 50 Free Spins on offer, while Friday is 50% Reload day and Sunday is 35% Cashback day.

In addition to these regular bonuses, CryptoWild has a VIP scheme with 3 levels: Silver, Gold, and Platinum. Your level will dictate how may Free Spins, Reload bonuses, and Cashback offers you get throughout the week.

One of the things we like most about CryptoWild’s promotions is not the Welcome Offers or the Loyalty Scheme, it’s the tournaments, which combine elements of both and offer players of all preferences and stake levels something to get excited about.

There are several tournaments a month and while they all feature different rules and prizes, there are some similar themes running through them. The goal remains the same: collect as many points as you can and scale the leaderboard. The players who make it to the top few dozen places are given Free Spins, bonus credits, and even cash prizes.

At the time of writing, the most recent tournament offers a massive 300 Free Spins to the winner, with hundreds of other Free Spins released to players who finish in the top 20.

The money you win taking a spin on applicable slot games and table games will still be added to your account balance, which means the prizes you get from the leaderboard are just nice little bonuses.

We can’t say no to casinos that have a wide selection of games provided by a host of software developers. Unfortunately, this is not the case with CryptoWild Casino. You won’t find 3,000+ games here.

However, the casino does work with Betsoft Gaming, which means it has some of the best real money slots in the industry. We make no secret of the fact that we love Betsoft Gaming and are always happy to see casinos hosting their games.

Betsoft can’t be beaten when it comes to 3D bonus slots, as proven by titles like The Slotfather, Spinfinity Man, and 2 Million BC. It also innovates better than any other developer, and you only need to look at Max Quest: Wrath of Ra to see how far that innovation has taken them.

The CryptoWild games room includes a small selection of real money slots and table games from developers like Habanero, Amatic, Pragmatic Play, and Spinomenal. These developers haven’t really set the world on fire and don’t impress as much as the likes of NetEnt, Playtech, Yggdrasil, and Microgaming, but it’s good to see them here, nonetheless.

It would have been nicer to see a bigger and more varied collection, and we would have also appreciated a larger variety of table games and Live Casino titles, but CryptoWild is definitely not short on quality slots and this is what matters most.

CoinsPaid is the only payment method available at CryptoWild. However, this service lets you process payments in several different cryptocurrencies, including Bitcoin, Bitcoin Cash, Litecoin, Dogecoin, Tether, and Ethereum. All payments are processed instantly and this is true for withdrawals as well as deposits.

One of the great things about this casino is that there are no upper limits. You will need to deposit a minimum of 0.0001 BTC, 0.01 LTC, 0.01 ETH, and a similar amount in other currencies, but there is no maximum deposit cap.

Where withdrawals are concerned, the casino states that the maximum withdrawal per transaction is 3 BTCs. However, if you take a look at the Terms and Conditions, they tell a different story and this could lead to some confusion and a great deal of frustration.

Take a look at our CryptoWild Withdrawal Limits section below to learn more.

As noted above, there is a withdrawal limit here, but it’s applied in a very confusing way. If you visit the payment section, you’ll see that the limit is fixed at 3 BTC per transaction, or the equivalent in similar currencies. If you look at the Terms and Conditions, however, it states that the limit is just €1,500 per week or €6,000 per month.

This is a massive difference, and it’s also confusing when you consider that CryptoWild Casino only accepts cryptocurrencies, and yet the Terms and Conditions list everything in Euros.

We tried to clear this up with the customer support team and didn’t really get anywhere. If we were to hazard a guess, we’d say that the 3 BTCs were closer to the truth and maybe the Ts and Cs are copied from another site owned by the same operator. In any case, if you make a deposit and exceed the amount allowed (whatever that amount may be) it will just be rolled over to the next payment period.

As noted above, CryptoWild Casino doesn’t have the biggest selection of games. This is unusual for Direx N.V. casinos, as they usually go all-out when it comes to top slots, table games, and Live Dealer titles. In fact, many of the Direx casinos we have received in the past, including the expansive Oshi Casino and the brilliant Bitstarz Casino, have offered hundreds and even thousands of games.

CryptoWild is much more compact. On the one hand, it’s disappointing, as more is better. At the same time, however, there are plenty of award-winning titles and superstar developers to go around, so you’ll never be short of options.

Sure, they may be forced to abide by stricter rules and regulations, but these don’t always favour players, nor are they conducted with the best interests of the average player in mind. For instance, the UK Gambling Commission often preoccupies itself with Know Your Customer laws and Anti-Money Laundering.

These things need to be controlled, but unless you like being pestered for multiple copies of ID documents and utility bills, not to mention pictures of your payment method, these regulations are not beneficial to you as a player.

Three weeks and multiple emails alter, they finally accepted the passport, only to put us through the same process asking for a utility bill.

In our experience, this doesn’t happen with Curacao online casinos and it’s really the only difference between these sites and ones registered in the UK. If you’re worried about safety and security, don’t be. We’re living in the 2020s. Every site is backed by an advanced SSL, every casino works with incredibly secure developers and software. Even the best hacker in the world isn’t getting through!

You can contact the CryptoWild Customer Support team via Live Chat or email. Live Chat is available to everyone, including non-members, and is by far the quickest way to get a response. As far as we can tell, this option is available 24 hours a day and 7 days a week. We tested it early in the morning, late at night, and even on the weekend, and not only was it active all of these times, but each time it connected us with a support team member in just a few seconds.

The only downside is that there is no support telephone number. Personally, we don’t think this is a big issue, as we can’t even remember the last time we ever needed to or wanted to phone an online gambling site. However, we know that a small group of players insist on using this method and only this method, and the lack of such an option will no doubt disappoint them.

Of course, and you don’t have to download an app to play. You can play directly through your web browser, and this is true whether you use Chrome, Safari, or any other popular browser.

Bitcoin is the main currency on CryptoWild. You can also use cryptocurrencies like Litecoin, Dogecoin, and Ethereum. However, you cannot use traditional payments, including debit cards, credit cards, and bank transfers.

Not only is CryptoWild regulated by the authorities of Curacao but it is also operated by one of the biggest names in the online casino industry. Once you add the backing of top developers, auditors, and advanced SSL certificates, you have a casino that is 100% safe and fair.

Players from the United Kingdom cannot join CryptoWild, as it is not regulated by the UK Gambling Commission. The UK has very strict gambling regulations and operators need to be registered there and abide by local rules and customs to operate legitimately. Maybe CryptoWild will focus on the UK at some point in the future, as at the time of writing, that is not the case.

As this CryptoWild review shows, there are a couple of things that we don’t like about his casino, including the lack of a support phone number and the confusion regarding its withdrawal limits. It’s also a no-go for non-cryptocurrency users, as traditional currency payment methods are not accepted here.

Once you get passed these issues, however, you have an online casino that has stacks of great bonuses and a very interesting aesthetic. It’s easy on the eye, works perfectly on mobile, and also has plenty of games to explore.

It might not be as diverse as the massively popular SlotsMillion or accessible as MELbet, but it certainly has its merits and is definitely a casino we would recommend. 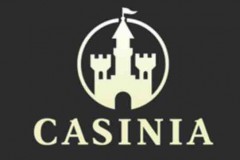 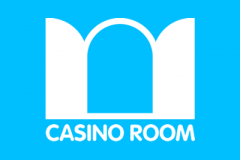 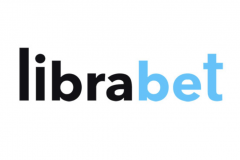 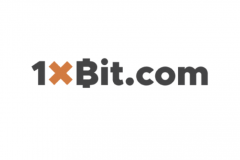 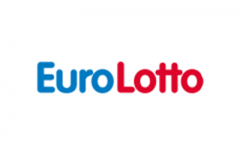 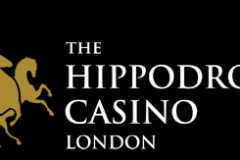